Hunt for words hidden among the petals of the Smartichoke!

Target words are basically extra goals you can use to earn bonus points, or just something to work towards if you're stuck!

The words are generated at the start of each game of Smartichoke. When a target word is submitted, a new one is chosen to replace it. You can view your target list at any time by clicking the bullseye () in the top-right corner of the screen.

The longer the word, the more bonus points you earn!

Let's start with a completely new game. Glancing over the list, the 12-letter target word can be found immediately! 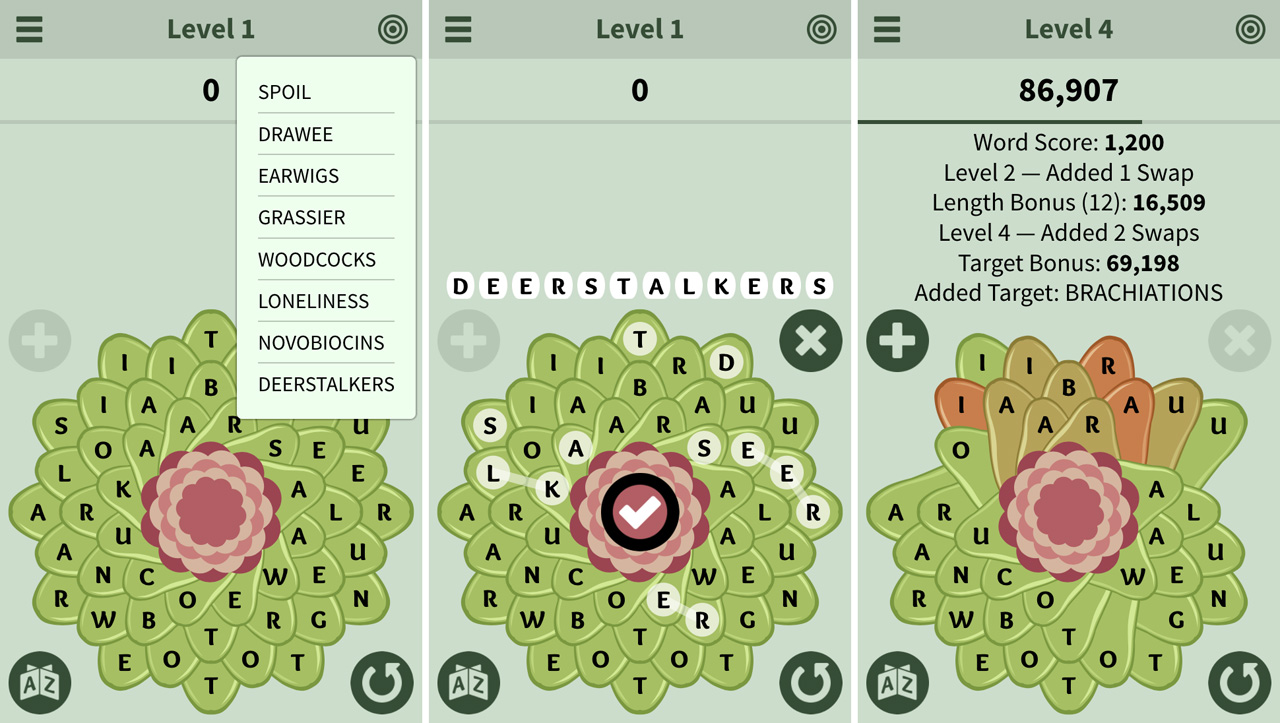 In just the first submission, we've gone from zero points to 86,907 points, and to Level 4, and have three swaps! Scanning the remaining petals, it looks like we have quite a few of the letters of BRACHIATIONS, the new 12 letter target word that was just generated. Refilling the Smartichoke just happened to provide the rest of the letters we need: 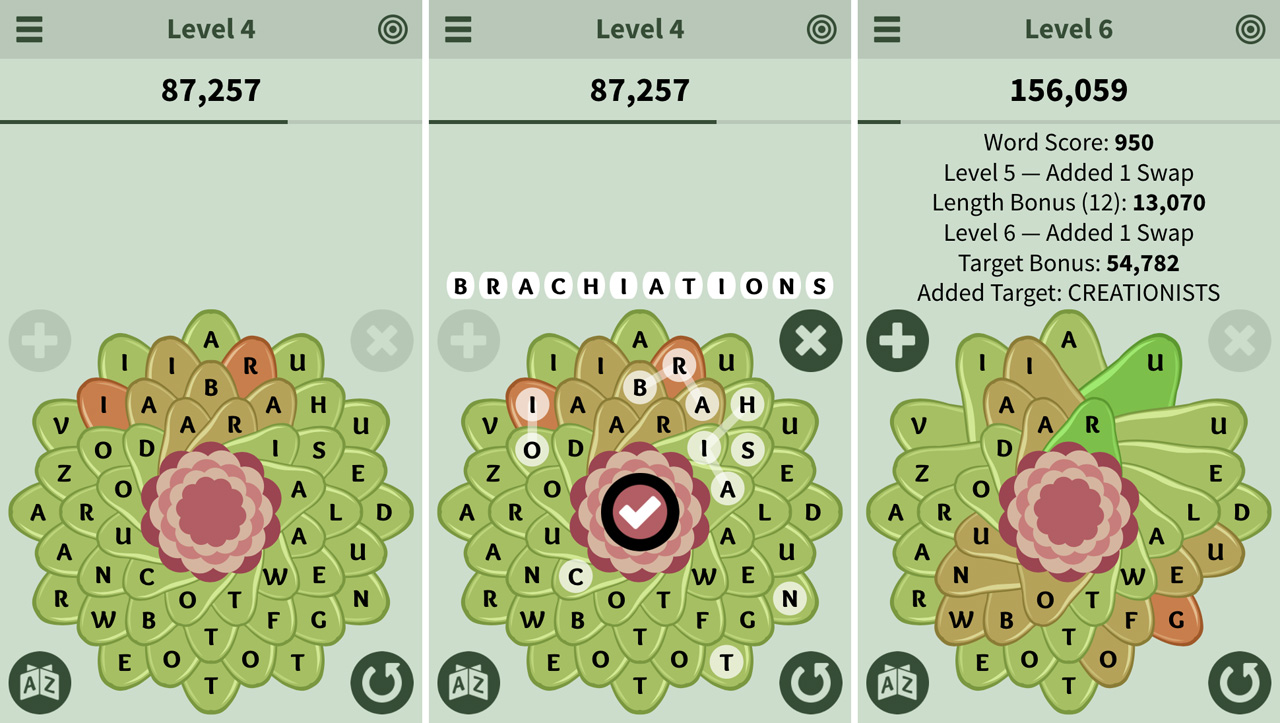 The points are a bit lower since the word included a few penalty petals, but we've still shot up another 54K points, two more levels, and earned two more swaps!

Scanning the target words again, we're pretty close to having EARWIGS. And once again, a refill delivered! 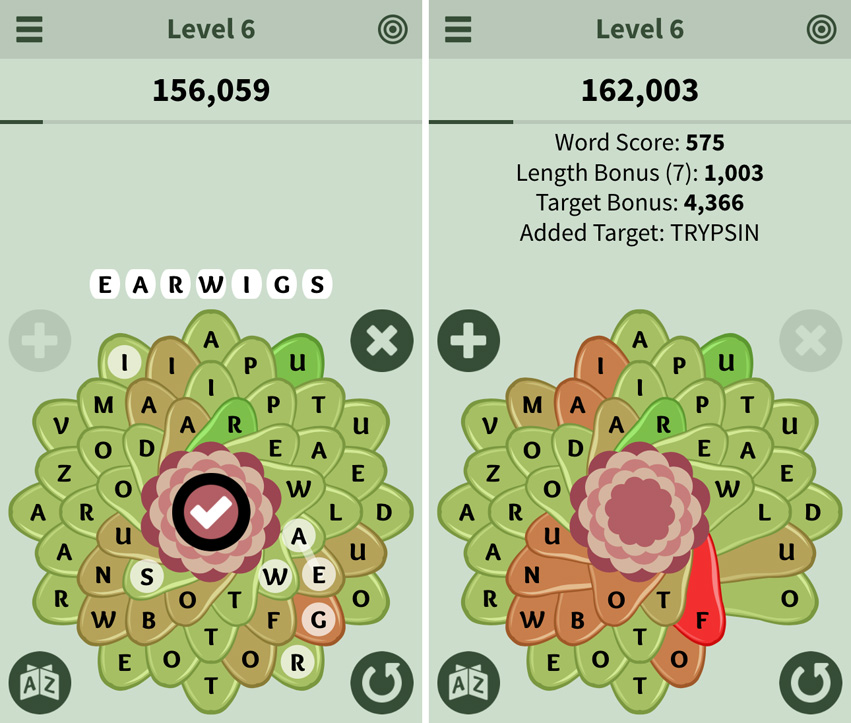 As you can see, one of the risks with target words is not having as much flexibility in the petals we're choosing. So, we really loaded that F petal up on penalties!

At this point, though, we can get the DRAWEE target word without even needing a refill: 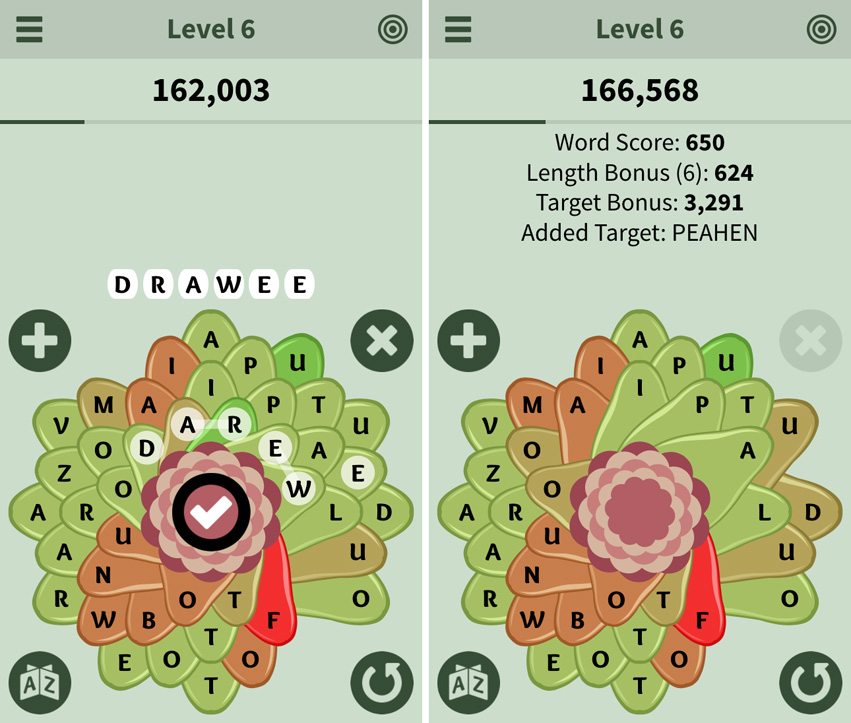 Sometimes you'll have to clear some words and refill the Smartichoke a few times to try to get the extra letters you need. Take the following example, where we have all but one letter of MASQUERADES: 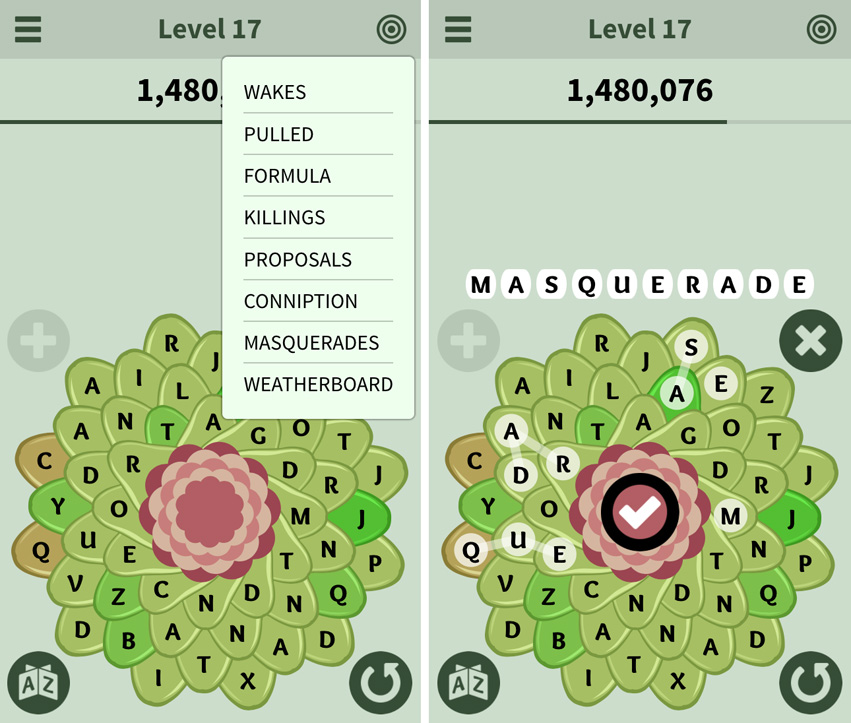 We can try clearing around the letters we do have and see if a refill gives us that final S: 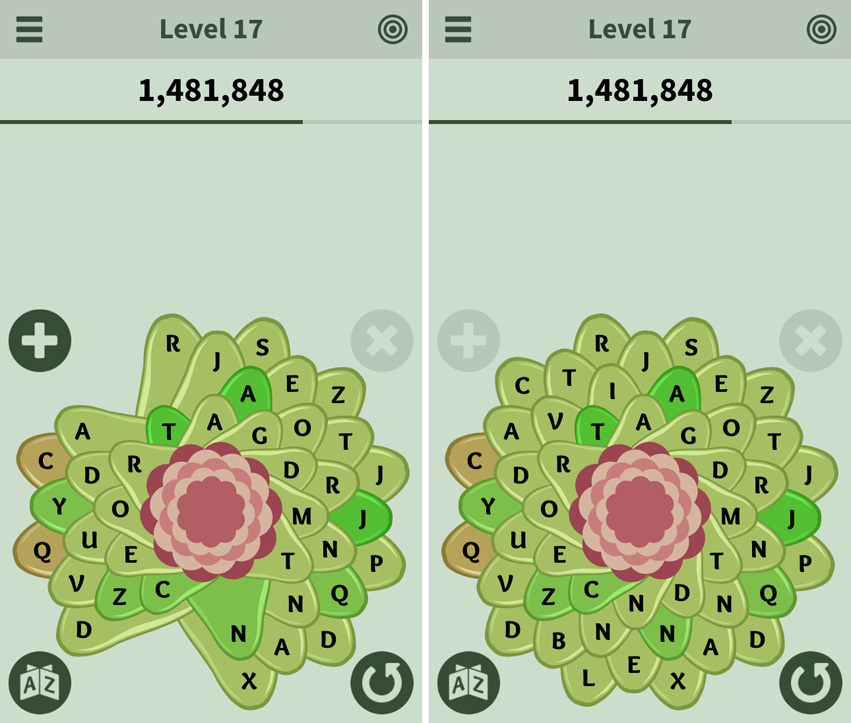 No luck, so we can keep clearing words and refilling. Or, we could also use a swap to try and get it.

Since we're trying to complete a word, we'll want to tap the asterisk to select all of the petals, then deselect the petals we want to keep: 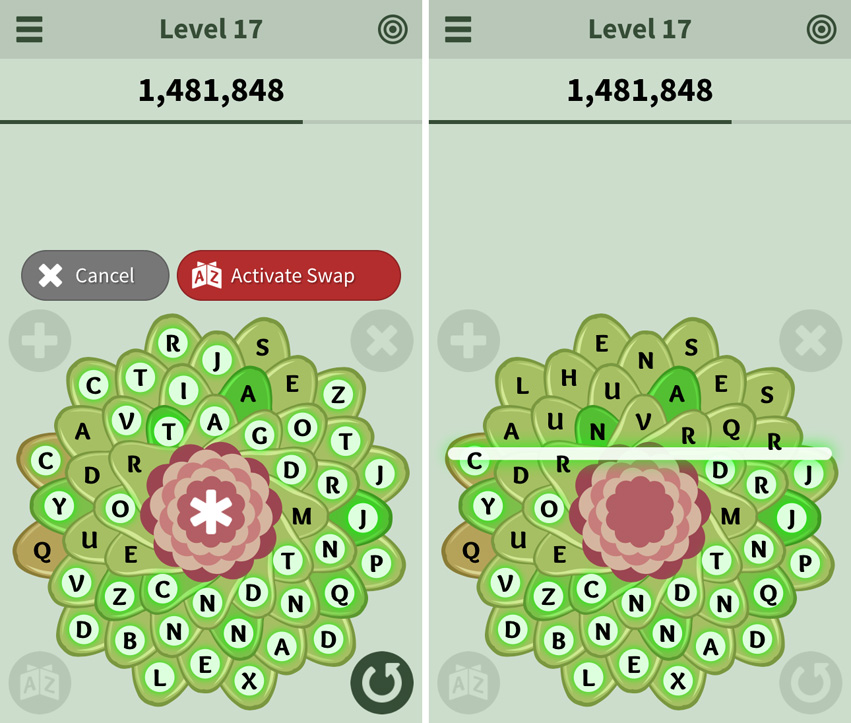 Not only did that gives us the S we need, but it let us now select the word using all connected letters (which means we're not adding any new penalties)! 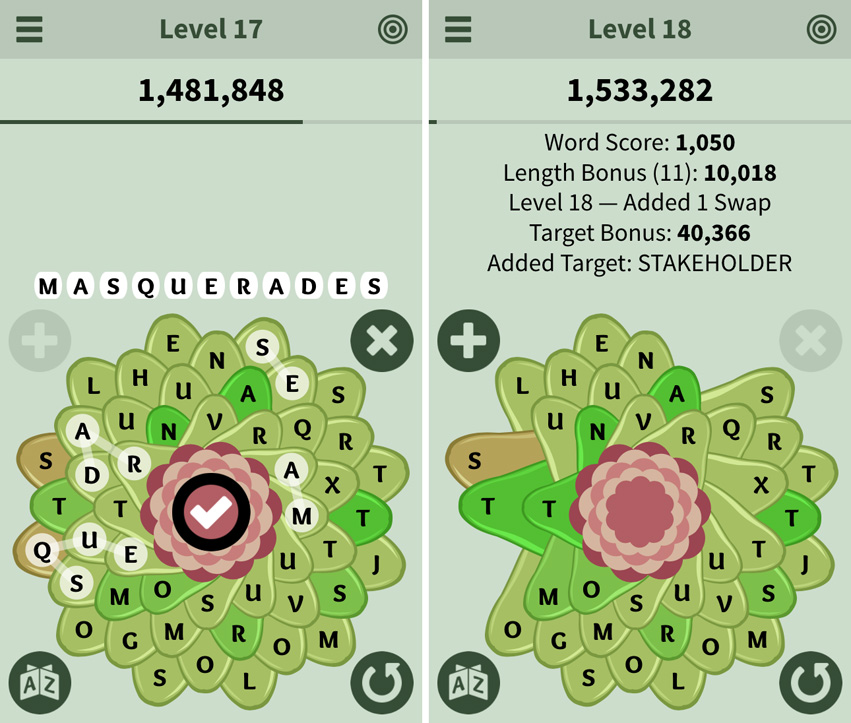 Have questions? Would you like to see tips on a particular component of Smartichoke? Send me an email!