Hunt for words hidden among the petals of the Smartichoke! 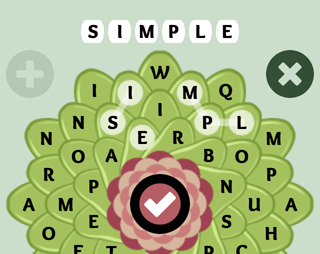 The goal in Smartichoke is simple: find words that are at least four letters in length in the petals available.

Smartichoke was previously an iOS and Android app. It's now available as a web app, but can still work like an app on your phone by adding it to your device's home screen (instructions for iOS and Android).

Petals start at a normal shade and are worth 100 points. Petals also earn bonuses (green) and penalties (red), which also affect their point values:

Any letter that isn't connected to another letter will instill a penalty on each adjacent petal. Note the H in the following example: 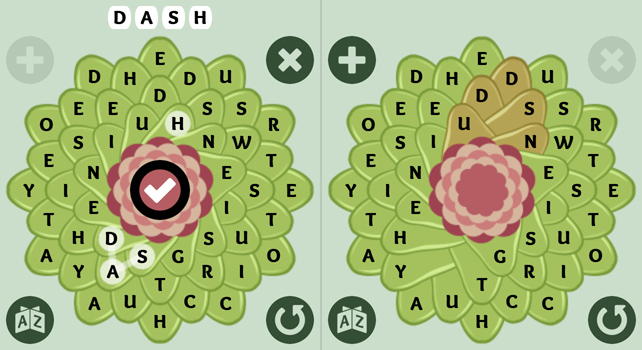 Because the H wasn't connected to the S, it penalized the surrounding petals.

Once a petal exceeds four penalties, you lose: 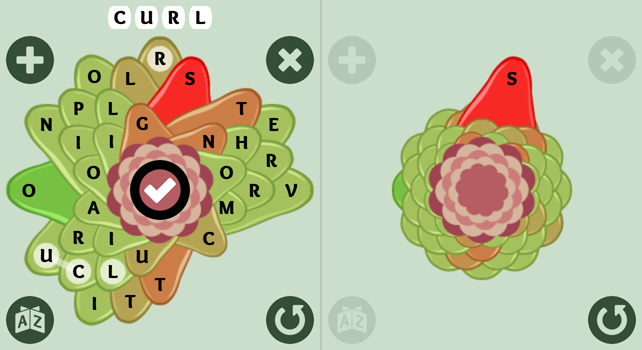 If a petal is adjacent to three or more connected letters, it will receive a bonus. Note the S in the following example: 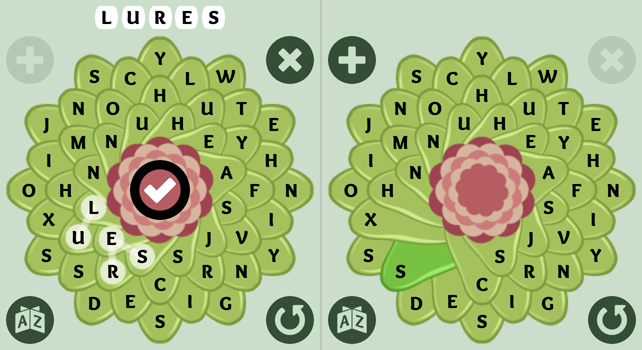 The S received a bonus because it was adjacent to the U, E, and R, which were all connected letters.

Penalties and bonuses stack, which means a petal can earn multiple penalties or bonuses in one turn. It also means they can reverse each other. That is, a petal that should receive a penalty because it's adjacent to a disconnected letter will not if it's also adjacent to a connected one.

You can also undo penalties later by adding bonuses to the petal (or vice versa).

If you'd like to learn more, please read Smartichoke Tip #1: Bonuses and Penalties.

You can also tap the score at any time to view the current game's records (longest word, highest score, longest repeat streak).

Tap or drag to select the letters of the word you're highlighting. Please note:

Once the word you're highlighting is valid, the Submit icon will appear in the center of the Smartichoke.

In addition to bonus and penalty petals, the following can also impact your word score: 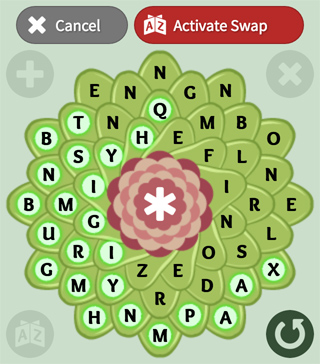 Swaps can be used to replace some or all of the letters you select with new, randomly selected letters.

You earn one swap every time you advance to a new level. You can also purchase tokens to use for additional swaps in any Smartichoke game.

After choosing to use a swap, you select the letters you'd like to replace (or tap the asterisk in the center to select or deselect all letters) and then activate it. Your swap isn't considered used until it's activated.

If you have both earned swaps and tokens, your earned swap(s) will be used first.

Game design, code, and graphics by Johnny Cison, founder of Too Much Smart.

If you have any questions or comments, please contact me!